In my research, I’ve done some investigation on the debates of American geography between the 1920s and 1950s. Today, I’ve just encountered an incredible quote from the eminent American geographer, Richard Hartshorne, author of a once almost biblical text on the history of geography, The Nature of Geography (1939), and who was active during the noted period. This is the guy in his authentic environment and his tome. 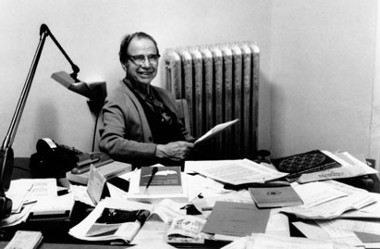 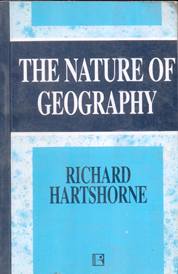 According to textbook narratives and all academic pieces on him to date, as a political geographer he was generally troubled by environmental determinists and eugenicists of the time, and I previously thought of him as a sort of liberal, who was against racial prejudice and the tenets of physical anthropology. As the story goes, many geographers such as Hartshorne became increasingly disillusioned by these insidious thoughts, the abandonment of which was further encouraged by the growing mainstream American antipathy for Nazism and Fascism in Europe in the mouth of WWII. This is the American narrative.

Now, here’s the quote from the first page of the 1938 article in question:

“However, in place of this problem of national minorities the United States has more permanent problems of racial minorities – problems in a form essentially unknown in Europe. The differences between French and English, Germans and Poles, or even Swedes and Finns, Rumanians and Magyars are essentially cultural, not biological. Germans have become French and Poles have become Germans in two generations. So far as appearance is concerned, the barber and the tailor can make the change in a day. But no amount of education can change into white Americans the descendants of the negroes who arrived in Virginia before the Pilgrims landed at Plymouth, just as no beauty shop can make a fullblood negro look like a white person.” (p. 276)

Hartshorne’s racial definitions here are purely statistical, and he does not provide any analytical arguments for the distribution of races, only a descriptive account on the data and some basic geographical factors connected to regional divisions in labour and industry. He uses the definitions and data of the United States Bureau of the Census, 1930. As he explains:

“We shall not enter into the argument regarding what is meant by “race.” Our interest is in social and political situations that arise from obvious biological differences, and we can therefore accept the ordinary interpretation of racial terms as used in this country. In the United States apparently the only definition of a negro is one who is known to be a negro; i.e. one who, either because of obvious physical characteristics, chiefly color, or because of known origin, is recognized as having any degree of negro ancestry, regardless of how much white ancestry he may also have.” (p. 277)

The same is the case with the other races identified, the Mexicans, Indians and “Orientals”. For example, Mexicans are said to be Indians speaking Spanish, who could be “recognized on sight”. The only thing he argues against concerning some very racist ideas is climatic determinism in the “negro case”:

“But it is clear from the map that this is not a direct reflection of climate, as some foreign observers have supposed. The large number of negroes in Northern cities cannot be dismissed as exceptions; nor can the absence of negroes in many Southern districts be explained climatically.” (p. 277)

Why is this whole stuff flabbergastingly interesting? Well… as previously noted, my humble impression is that

there is still almost complete silence on the racial ideas of American geographers who were NOT commemorated as well-known eugenicists or environmental determinists of the time.

You can read about the racisms of Ellsworth Huntington, Griffith Taylor, or maybe the more moderate Ellen Churchill Semple. Neil Smith has written on Isiah Bowma 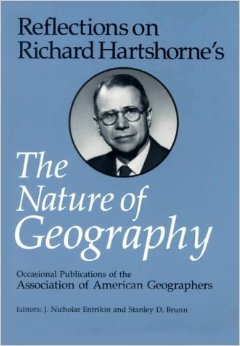 n’s racism in his The American Empire (2004), but I could find only some littered personal accounts on the racism of other important geographers, like Carl Ortwin Sauer (this calls for another post). There aren’t even traces of reflection on these issues in any of the most prominent accounts on the history of American geography, like in David Livingstone’s The Geographical Tradition (1992), Ron J. Johnston’s (and James D. Sidaway’s) Geography and Geographers (2015), Richard Peet’s Modern Geographical Thought (1998), Geoffrey J. Martin’s American Geography and Geographers (2015) or his All Possible Worlds (2005), just to name a few, and nor in Reflections on Richard Hartshorne’s Nature of Geography (1989).

In sum, it seems to me that the reevaluation of the racial thought of a wider field of American geographers is yet to be done in light of contemporary racial discourses and political thought.

By the way, here are the maps, just for fun.