János Xántus (1825–1894) is remembered as one of the most famed Hungarian natural scientists of the 19th century. As a zoologist and ethnographer, he was a strong supporter and contributor to the Hungarian National Museum, corresponding fellow of the Hungarian Academy of Sciences (1859), founder and first director of the first Hungarian zoo (1866) and the Ethnographic Museum (1872), and founding member of the Hungarian Geographical Society (1872). Becoming a political refugee after the failed 1848–49 Hungarian war of independence from the Habsburg Empire, in the 1850s and early 1960s he was drawn into North American expeditions, and developed a vast network to transfer specimens regularly back to Hungary. Finally returning to Hungary (for the second time), after the Austro-Hungarian compromise (1867) he gained the opportunity during 1869–71 to participate in a series of imperial expeditions to East and Southeast Asia, including Ceylon, Siam, Singapore, Java, China, Japan, Taiwan, The Philippines, and Borneo. The original plan of the Austro-Hungarian expedition was to develop foreign trade relations with the opening of the Suez Canal, but it did not fulfill this promise and internal political tensions evolved between Austrian and Hungarian counterparts. This paper focuses on this expedition to explore a postcolonialist and critical geographical interpretation of Xántus, and to elucidate his activities in colonial networks and his global comparative ideas about colonialism and race. This reading aims to epistemologically contest the dominantly biographical and documentary accounts of Xántus, which follow institutionalist or nationalist legitimation logics (focusing on his collections, personality and merits) and seldom engage critically with the wider social, economic, political-ideological and racial contexts of colonialism. While Xántus’ activities relied on national, imperial and colonial power networks and interests, he was known for his critique of colonialism and his solidarity with the colonially suppressed, and made various colonial and racial comparisons between his local Hungarian and foreign experiences. This paper asks whether he pursued Eurocentrism or anti-Eurocentric criticism in his Asian interpretations, and how his depictions of the East fitted in the wider colonial discourse of Western or European Orientalism. The case of Xántus may shed light on how Hungarian colonial knowledge production was embedded in global colonialism. 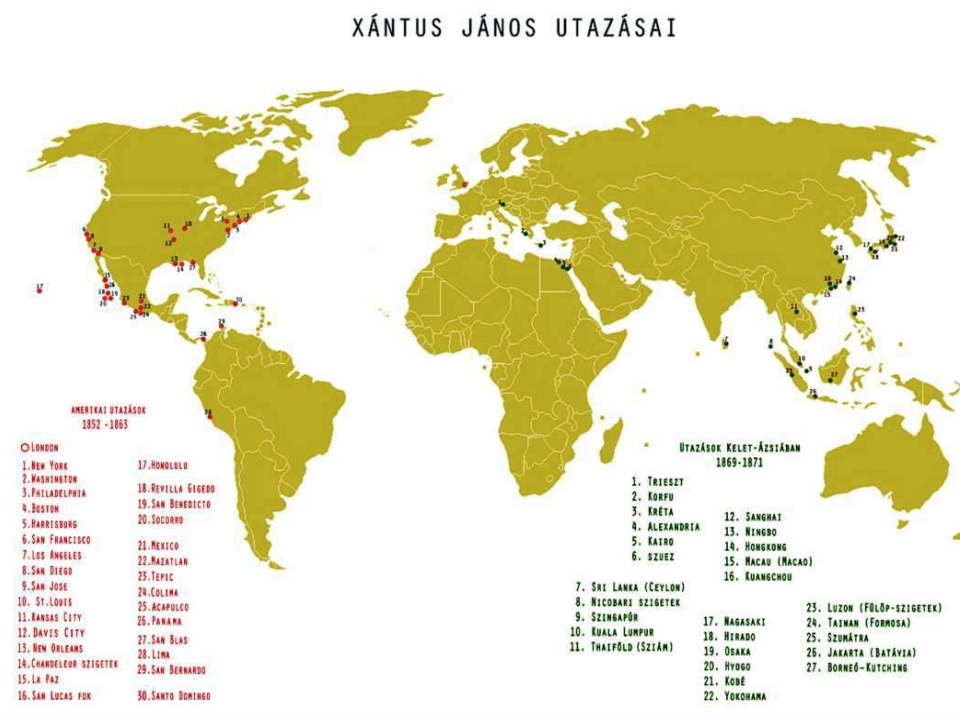